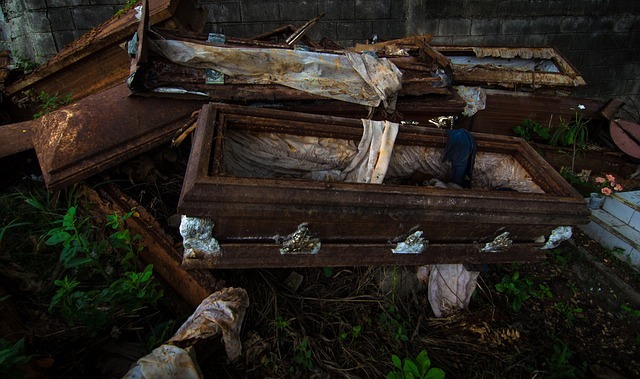 It is not a mystery that Venezuela tripped, several years ago now, in a socio-economic crisis induced by a sequence of total misnomer governance policies. If Chàvez prepared papers for preconditions of Venezuela misfortune with the fall in oil price, his successor Maduro contributed to the worsening of the economic status of the country.

With Chàvez at power only the minor part of the sources collected by oil exports was arranged for productive investment in oil industry and other economic sectors. A choice that, today, mortified the right to overcome the crisis and repay debts. So, at the time, there were not neither public investments nor private ones: enterprises did not accept the business risk in a regulatory volatility condition, high level of corruption and policies of nationalisation and expropriation.Then it did not take long before the missing ot investments results in the decrease in oil productivity and, consequently, the fall of exports and foreign reserves. This new financial effectiveness forced Venezuela to seriously limit imports, with the consequential unavailability of basic foodstuffs and basic health services. The Venezuelan population has to deal with a harsher crisis: the constitutional democracy crisis. In fact Maduro distinguished and prepended a process of power centralisation: the Parliament was dissolved, oppositions were banned and street demonstrations were repressed, enervating chances of a crucial mobilization of citizens opposition. The real mobilization created is translated in an humanitarian emergency, since in fact millions of Venezuelan were forced for years to leave the country. An exodus (of unique proportions for the Latin region) direct towards neighbouring countries and overseas.

A clear reflection of the Venezuelan migration criticality shows the lack of management and hospitality of near countries: school facilities, as those sanitarian and public services, do not ensure the welfare of their own population. Everything implies the inability of these last to bear a migratory collision on such a scale. In addition, the increase of beggars, malnourished children, diseased, prostitution, criminality on the streets and organized crime on border.

Colombian boundaries, once crossed, converts in a unsteady forest for Venezuelan migrants: those last, in fact, risk to be recruited by armed groups or to be framed in networks of traffickers, to finish to work in illegal crops, to become victims of discrimination. Women, in particular, crumble in a network of sexual violence, abuse and prostitution, disappear or are killed. Basically, migrants represent the new "gold rush" of the illegal trade of the Venezuelan - Colombian borders, puts in place by armed groups and members of the security forces from both the countries.

Its own land is the cradle of the endemic problems, probably Kafkian. More than two thousands kilometers of land fallow and zones without controls and patrols, are the forts of groups of Colombian guerrillas linked to the Revolutionary Armed Forces of Colombia (FARC), but also the National Liberation Army (ELN). These have their control on every trafficking activities: smuggling, drug trafficking, gas smuggling and other essential goods.

It is notified a profile of "criminal arrogance" by the investigation - complaint of Human Rights Watch: the rude violence practiced by ELN, FARC and Patriotic Forces of National Liberation (FPLN), for the control of people everyday life in the Colombian Eastern Province of Arauca and the near Venezuelan State of Apure. This criminal arrogance in addition to express itself  in murders, forced labour, child recruitment and rapes, consumes its last evolutionary stage in human trafficking, which bifurcates their aims depending on the gender: so, if women are abused during sexual exploitation, men, on the contrary, are exploited for working reasons.

To a greater extent, what bother the ideal of resolution to this bad frontier situation is the choice of both governments to deliberate for a penury of intervention and protection measures for the victims of trafficking. Alias: there were not accused or condemned among the armed group members for child recruitment, victims are not identified, there are not standardized protocols and - icing on the cake - governments of Venezuela and Colombia are radicalized in a diplomatic crisis of charges and countersuit. On one hand the Venezuelan socialist president accuses the Colombian president Duque to protect and to promote drug trade into his country, converting it in a real narco-State and denounces that drug traffickers spend in destabilisation attempts of Venezuela. On the contrary, Duque, on his part, accuses the President Maduro to host Colombian leftist guerrillas, among which members of ELN and FARC, who deny the peace agreement signed with the government in 2016. It is a fundamental agreement which stopped 50th years of armed war. In 2019 Maduro (ideally) stamped the suspension of the diplomatic relations with Colombia after having expelled Colombian diplomats from the country. On the other hand, Duque declared to recognised Maduro as legitimate Head of State, showing his support to the opposition leader, Juan Guaidò.

In March, Arauquita (Arauca Deparment, Colombia) is the witness of heavy clashes between National Bolivarian Armed Forces of Venezuela (FANBV) and FARC dissidents. A confrontation which is added to the other criticality of the region and cannot be exempt from obtaining the same result of the just mentioned problems: a huge displacement ploy of Venezuelan (but also Colombian: the c.d. retornados, who lives in Venezuela) over the border to look for international protection. Such a disaster that the Colombian government declared the status of "Public Calamity" in the Arauca State, so that they could activate everydevices for humanitarian aid.

Premise: it is worth specifying the dissidence of FARC is not organic and compact. And this breakdown would seem to be the real problem of clashes in Arauca: a reprisal, thus, compared to the development of internal disagreements among different constituent groups. According to the Colombian version, the clashes would be the direct consequence of the definite rejection of Miguel Botache Santillana, leader of the dissidence Frente 10 Martin Villa, to recognised Marquéz and Santrich (leaders of an other dissident group, Segunda Marquetalia) as leader of the own dissidence. this decision seems to have triggered the  reprisal of FANBV, allie of Marquetalia.

The criticity of this war is, being on the borders, simultaneously compromise two States - and so two population - in the same conflicting extensions. For this reason, in fact, also the Apure State, precisely on the side of La Victoria (Venezuela), was generated by a dramtic flow of people who seek protection towards Colombia.

As regards the desperate situation of the Colombian - Venezuelan border, the 13th April statement of the Bolivarian Militia of Venezuela commander, who informs that these days almost a thousand of fighters of the National Militia will be deployed in Apure - border zone -  wanting to stress the importante of a "force of humanitarian militia which can protect the comunities of the region" seems a good attempt to liberation. 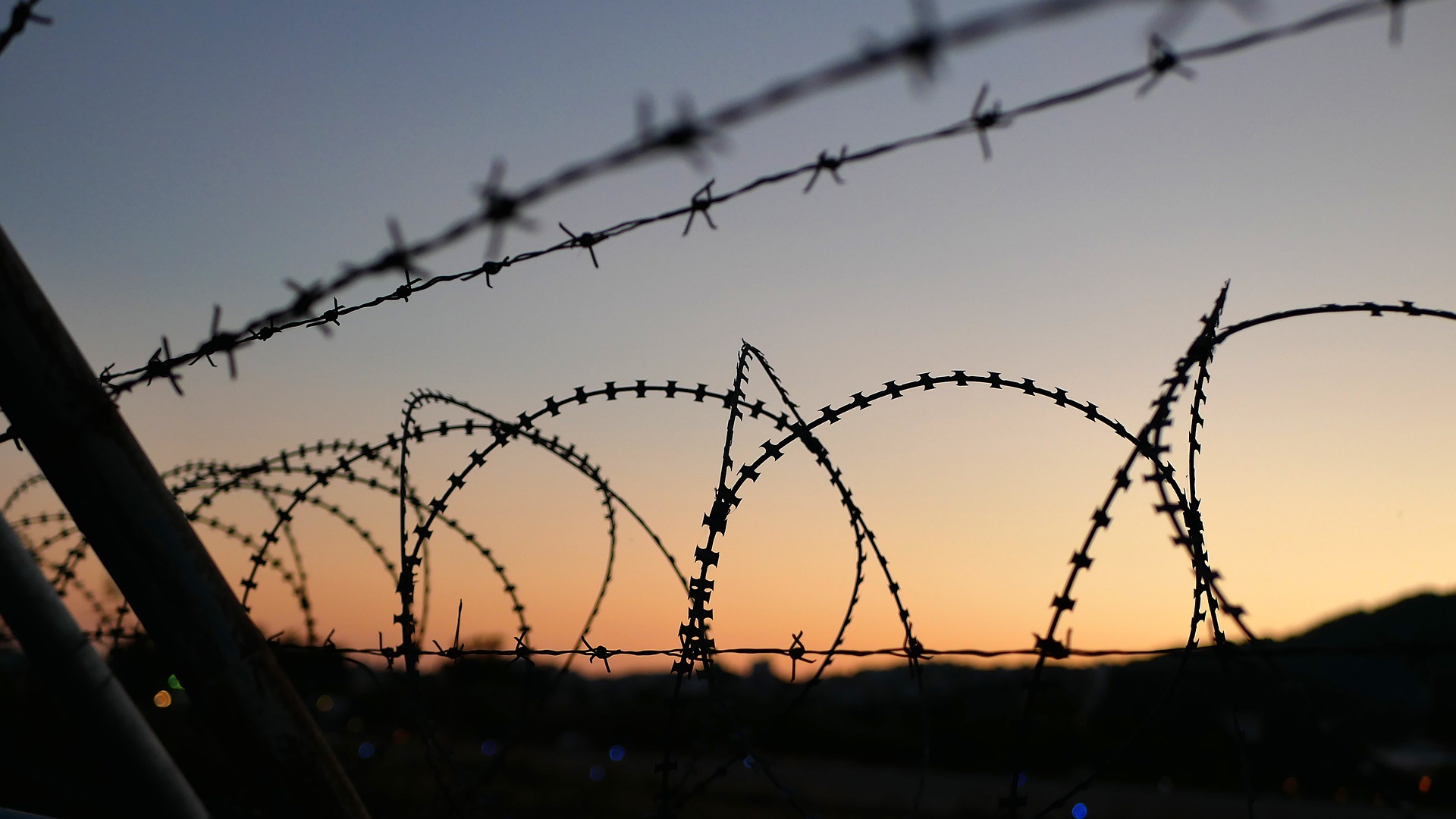