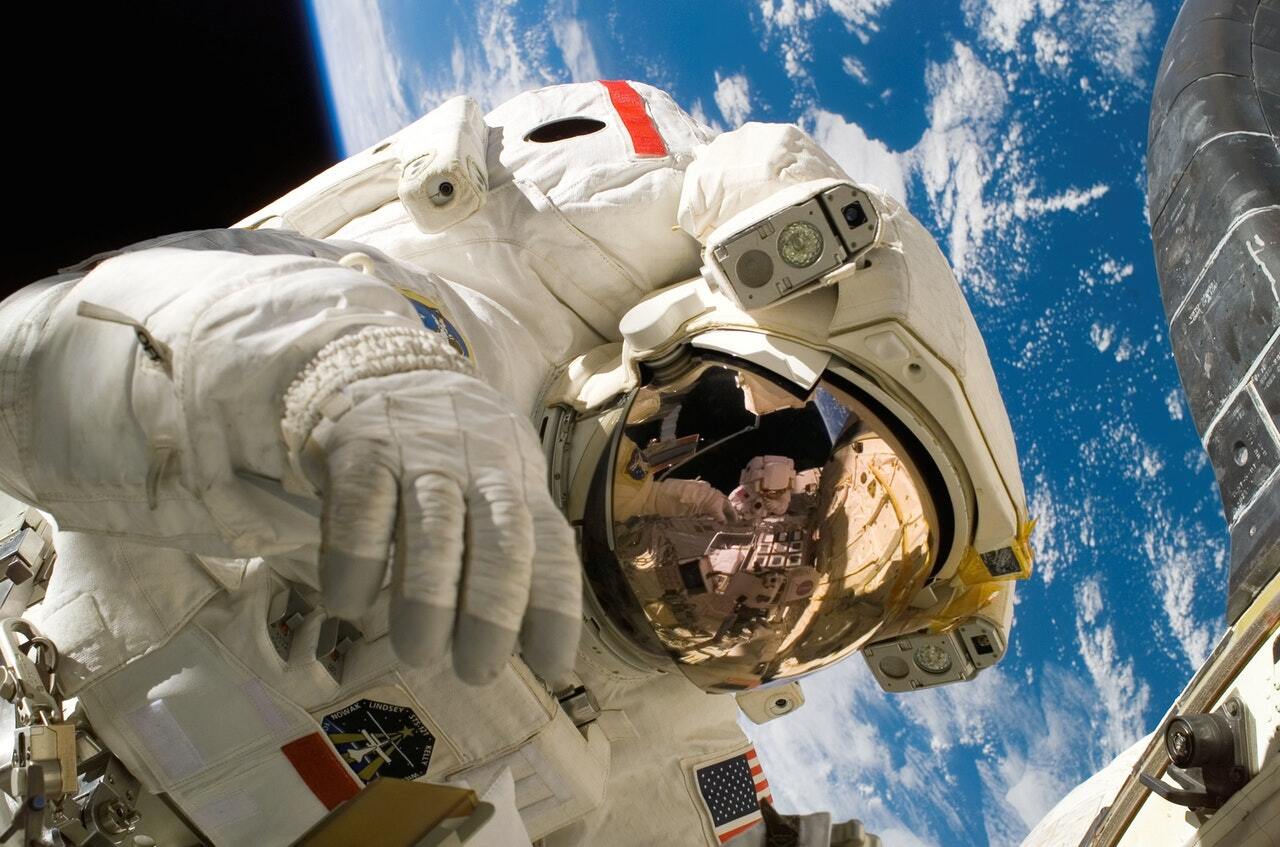 The International Space Station is the largest space outpost of our human species and intrinsically the most important international cooperation project ever undertaken in science and technology by the United States, Russia, Japan, Canada, Belgium, France, Germany, Italy, Denmark, Norway, the Netherlands, Spain, Sweden, Switzerland and the United Kingdom.

The International Space Station is not, however, the first human outpost imagined in orbit around the Earth; a first idea came from the Russian teacher Kostantin Eduardovich Tsiolkovsky, who in 1902 hypothesized an orbiting greenhouse in which cosmonauts (as astronauts were called in the Soviet Union) would have the task of cultivating plants to survive. In 1952 the most famous Werneher von Braun, creator of the first V1 and V2 rockets used by Germany during the Second World War and hired by NASA at the end of the conflict, hypothesized an orbital station rotating on itself that thanks to the centrifugal force would generate an artificial gravity equal to one third of that of the Earth and allowed to overcome the conditions of weightlessness in space. An idea as ambitious as unfeasible that is not surprising if placed in the Sixties, when the two global superpowers, USA and USSR, compete strenuously for the race to the Moon. If the race was won by the U.S. on July 21, 1969 with the landing of the first human beings on our satellite, it was the Soviets who put into orbit the first space station of our species in 1971: the station Salyut 1. The U.S. launched two years later, in 1973, the laboratory Skylab that was inhabited for the two-year period 1973-1974.

In 1975 the first international space mission took place, involving the two great Soviet and American rivals with the docking of the Apollo and Soyuz capsules and the famous handshake between the crews; it was the first signal that anticipated the future collaboration between the main Space rivals.

NASA and ESA continued the orbital experiments with the launch and re-entry of the Space shuttle while ROSCOSMOS launched in 1986 the first of six modules that gave rise to the Mir space station. Following the collapse of the Soviet Union the United States intervened in the Mir project with financing and the request to send their own astronauts on the Russian station to gain experience in view of the construction of the ISS formalized on January 25, 1984; the project continued with the addition of European astronauts and took the name of Euromir. The Mir station was disintegrated by a calculated re-entry in atmosphere on 23 March 2001.

Construction of the ISS began in 1998 and was completed in 2011. The station orbits today at about 400km above our heads and has a weight of 455 tons with a length of 100 meters and a width of 80 meters for a total volume of 1200 cubic meters (equal to two Boeing 747). The ISS was assembled with over 100 components transported into space on more than 50 different launches. The assembly was performed with the help of mechanical arms located on the station itself and with the labor of the astronauts who intervened in first person with more than 160 "spacewalks". These walks are known with the technical term of EVA, or Extravehicular Activity and are carried out with a whole series of precautions such as special handrails on the structures to be operated, cables that keep the astronauts anchored or robotic arms that directly move the operators from point to point. Maintenance work can last several hours and to date the record for the longest EVA activity is awarded to astronauts Susan Helms and James Voss who in March 2001 operated in space for almost nine hours. One of the physical aspects that fascinates a lot is to remember that compared to us on the ground, astronauts perform spacewalks moving at a speed of 28,000 km/h, which is precisely the speed that allows the ISS to remain in orbit without falling back to Earth and without detaching from the planet and launching into space.

In its structure, the station consists of pressurized aluminum alloy modules (used as laboratories) and a complex system of huge solar panels that allow the generation of energy.

However, the ISS represents a very important source for the advancement of human research, not only because it allows to operate experiments in the absence of gravity, but also because it forces the development of studies and techniques that allow astronauts to permanently inhabit the modules of the station. The main example is undoubtedly the management of water: taking into account that according to ESA estimates bringing one liter of water to the station is a cost of 20,000 euros, systems have been implemented that allow to recover water from sweat, urine and humidity in the air (these techniques can lead to effects on water recovery techniques on Earth). Moreover, on the ISS there is a condition of weightlessness that involves many problems, first of all the accumulation of carbon dioxide, like a bubble, around the head of the astronauts that would end up suffocating them without the intervention of an adequate ventilation system. This condition of vacuum also implies the impossibility to eat food that can create small residues (think of a simple cookie when it is broken) or even more simply the need to anchor to a wall to sleep without floating around the module. The same liquid drinks are prepared with special systems and "bagged". A curious note is the presence of a coffee machine called ISSPresso that is currently on the station and was brought from Italy by astronaut Samantha Cristoforetti.

The International Space Station is today an incubator of discoveries and one of the most important sources of research towards the study of our body, life and space that surrounds us.

The source used to write this article are freely available: