On 16th March, the British government published a document - 114 pages - with the new strategic line of the foreign policy of the United Kingdom. The idea of turning around the objectives of the country was born last year, however, due to the pandemic it was focused on the domestic policy - besides the long process of making the Brexit official. In June 2020, the Prime Minister Boris Johnson claimed that he wants to realise “the largest revision of the foreign, defence and development policy since the end of the Cold War” during a speech to the House of Commons. That’s exactly what he did: its realisation took place in Whitehall, under the guidance of professor John Bew, director of the Center for Grand Strategy of the prestigious King’s College in London. The new strategy can be summed up in the slogan “Global Britain”: its main principle is to play a more active role in the world order, by increasing the military and fleet expense, with multilateral instruments and with new economic agreements to promote free trade. Its concrete aim is that of reaching the status of “scientific and technological superpower” in 2030. Indeed, it is the hugest re-formation of the foreign policy since the Cold War.

Public opinion between isolationism and interventionism

What are the reactions on the new “global” strategy in the public debate? A more active foreign policy means an increase of expenses, which weighs on taxpayers. However, the British history shows that an isolated country manages to infiltrate in international scenarios and then free itself without too many problems. For this reason, according to surveys, almost a third of the citizens of the capital is favourable to a more active role in global politics, against only 2% orientated towards isolationism - with the other two thirds not expressing a preference. Similar opinions have been recorded in the South-East of the country, yet the situation is different in more peripheral areas. In Scotland and in the East Midlands only a fifth of the population is in favour of an interventionist approach, while 34% is against and the remaining 34% is neutral or uncertain.

Is the new strategy connected to the Brexit?

The answer is yes, but for several reason. The separation from the European Union guarantees the release of the foreign policy of the country from the CFSP, the Common Foreign and Security Policy, thanks to which the European Union member states set common goals and coordinate policies. Nevertheless, it is unthinkable that the Brexit caused security problems for the country. The Union does not foresee a common defence plan, but the United Kingdom can still count on NATO. The main problem concerns the trade balance, which recorded a decline in exportation of 12,7% in January. The Brexit caused a fall of 40,7% in exportation towards the European Union - of 56,2% towards Germany. Simultaneously, exports to non-EU Countries increased by 1,7%, as a consequence of the different economic agreements settled with third countries. Although the Union is a fundamental partner for the United Kingdom, their relationship is not that calm today. On 15th March, the European Union announced that it wanted to take legal action before the Court of Justice of the EU against the United Kingdom for the derogation from the Northern Ireland Protocol - aimed at protecting exchanges between the two countries of the island - violating the TCA agreement (Trade and Cooperation Agreement).

The values of “Global Britain”: free trade and multilateralism

The promotion of free trade at a global level is one of the main points of the new document. The main and typical instrument is that of economic agreements: indeed, 66 have already been concluded. In order to unlock new investments, the UK is considering the idea of establishing eight new tax-free zones, which worries Brussels: in fact, these zones could be a threat in Europe for money laundering and fiscal crimes.

In order to be considered global in a world full of huge emerging nations, it is important not to neglect multilateral relations. Some important occasions for the United Kingdom are the presidency at the G7 - discussing the pandemic and a plan of vaccines allocation also for the least developed countries - and the Conference of the United Nations against climate change.

The new strategy identifies two threats to global security: Russia and China. How to face them? A way of dealing with them could be the promotion of the respect of human rights, but London does not want and cannot afford to give up the economic partnership with these two counties. The challenge of Beijing continues with the military projection in the South China Sea through joint operations with the United States - in which France and Germany are participating.

The United Kingdom understood that the economic center of gravity is moving from the Atlantic to the Pacific, and for this reason it does not want to lose the occasion of creating new relations with the emerging economies of the Indian and Pacific regions. The UK doesn’t give up NATO, in which it wants to reaffirm its leadership, and the historic privileged relationship with the United States, which are an important ally to pursue its global ambitions - even if the Johnson government was more in line with Trump compared to Biden. In order to reach its objectives, the United Kingdom needs a wider military availability; therefore, in the plan they envisage the reinforcement of the fleet and the enlargement of the atomic arsenal, yet it will be necessary to be careful in order not to annoy the Americans and the other states contracting the Treaty on the Non-Proliferation of Nuclear Weapons.

Can the United Kingdom really become a superpower?

Reaching a global radius of action is not that easy: so far only the United States have succeeded. China learnt to project itself long distances, with economic aid in Africa and through the Belt and Road Initiative project in Europe, but not at the military level and not enough to define its global radius of action. This is not an easy challenge for a state whose population comprises only 1% of the world population. Although Britain’s gross national product ranks sixth in the world, it is important to consider that the economies of more extended and populated countries are emerging. Finally, it is recalled that during the Suez crisis of 1956, a nod from the United States was sufficient to convince the United Kingdom to withdraw its troops and to downsize its traditional imperialist approach in international politics. 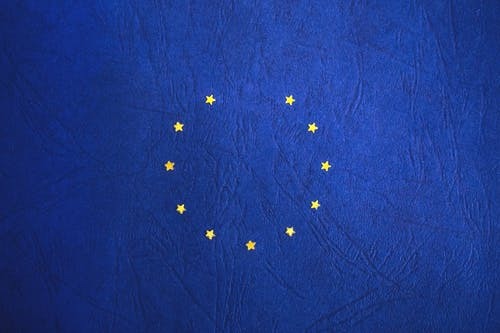