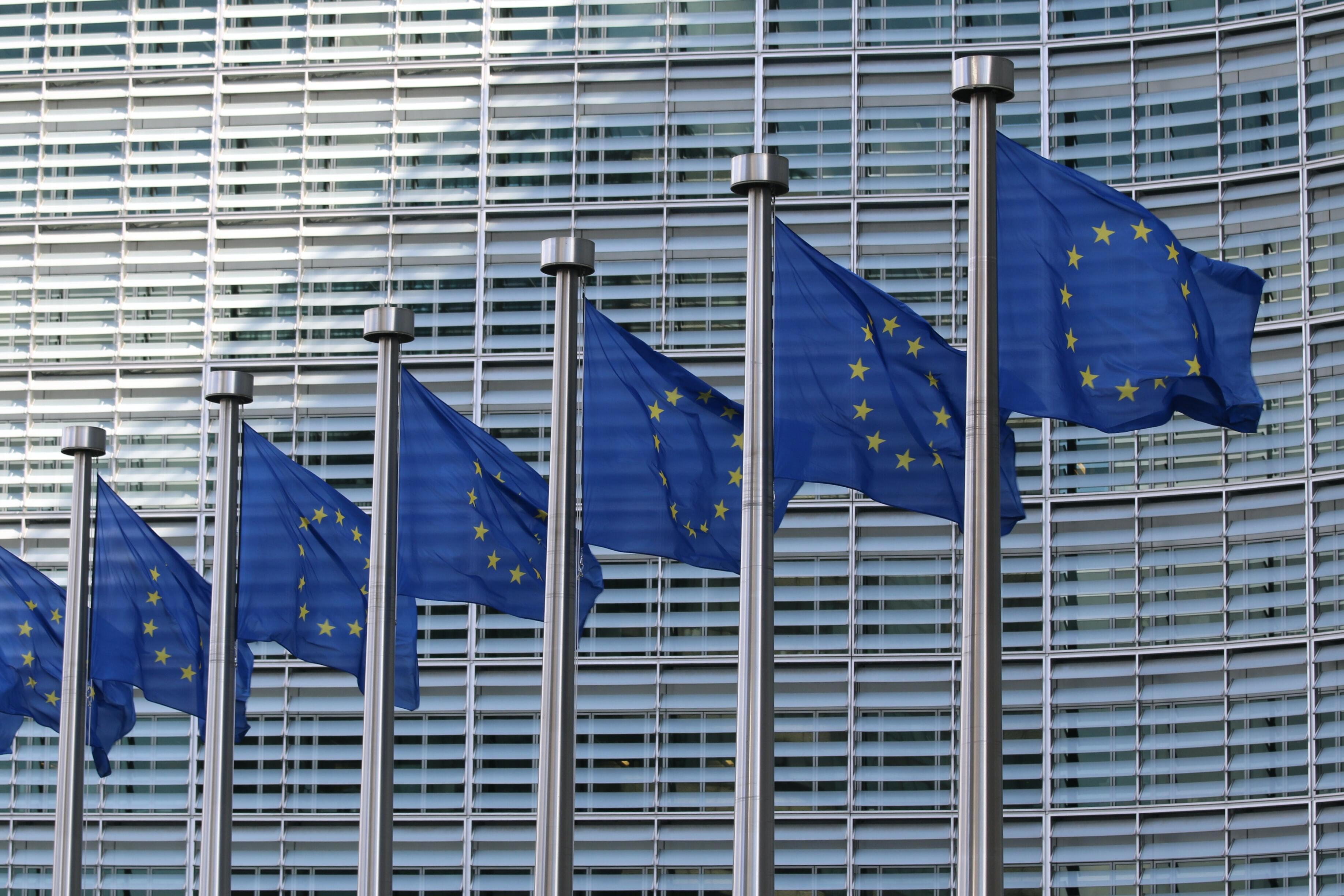 Women at the top of the European Union


The first real attempt to enshrine the principle of gender equality in Europe can be found in the Treaty establishing the European Economic Community (so-called "Treaty of Rome", 1957), which in Article 119 states equal pay, prohibiting any discrimination based on gender.

The starting point is the current percentage of women in the European Parliament: 39.5%[1], compared to the situation in 1952, when there were only 31 women in Parliament[2].

A further goal achieved in terms of gender equality within the European institutions was the appointment of Christine Lagarde as President of the European Central Bank, on 1 November 2019; this case, like that of Von Der Leyen, is the first in EU history.

Lagarde leaves her position as Director of the International Monetary Fund to another woman: Kristalina Georgieva.

Angela Merkel is, perhaps, the most influential female figure on the European scene: the highest office of the German government, she said she was ready to leave her role as Chancellor in 2021, giving rise to all those voices that want her at the head of one of the EU institutions.

And she is also a woman the European Prosecutor General, head of the EPPO (European Public Prosecutor's Office), the Romanian Laura Codruța Kövesi, elected in September 2019. How not to mention Federica Mogherini, the former High Representative of the European Union for Foreign Affairs and Security Policy, in office until November 30, 2019; she in turn succeeded Catherine Ashton (2009-2014).

Another relevant name in the EU panorama is that of Nadia Calvino, current Minister of Economy in Spain, and first woman to be a candidate for the leadership of the Eurogroup, as well as former Director General of the Budget of the European Commission.

The Danish Margrethe Vestager, one of the candidates in contention with Von Der Leyen for the Presidency of the EU Commission[4]; she is the current European Commissioner for Competition and Vice-President of the Commission, together with two other women: Věra Jourová and Dubravka Šuica [5].

Another Danish female figure, always committed to gender issues, deserves a mention: Helle Thorning-Schmidt, the first woman to become Prime Minister in Denmark (2011-2015), as well as one of the most likely names for top positions in the EU[6].

Another influential name is the one already mentioned by the Bulgarian Kristalina Georgieva: former Director General of the World Bank (2017-2019), European Commissioner for International Cooperation, Humanitarian Aid and Crisis Response (2010-2014), Vice-President of the EU Commission and European Commissioner for Budget and Human Resources (2014-2016), now right-hand man of Christine Lagarde as Operational Director of the International Monetary Fund. The Vice-President of the European Parliament is a woman, too: the Irish Mairead McGuinness, in office since 2014. Shifting the focus from the EU institutions to the Member States, there are still too few women in top positions in government.

Certainly, the North European States are the example: think of Erna Solberg, Prime Minister of Norway, as well as Senna Mirella Marin, current Prime Minister of Finland and, in 2015, the youngest Head of Government at only 34 years old.

Denmark has already been mentioned: Margrethe Vestager and Helle Thorning-Schmidt are joined by Mette Frederiksen, current Minister of State of Denmark.

And again, Kersti Kaljulaid, head of the Government of Tallin; Katrín Jakobsdóttir, Prime Minister of Iceland; Zuzana Čaputová, first woman to be appointed President of the Slovak Republic, as well as Sophie Wilmès, Prime Minister of Belgium.

It seems, therefore, that the road to achieving total equality has now been beaten within the EU, without forgetting, however, that the opposite is the situation in the Balkan countries.

In general, Albania is the state that most ensures a gender balance, with 53% of women in government; North Macedonia (38%) and Serbia (37%) are also close; Serbia, in particular, also boasts the first woman to be appointed Prime Minister, Ana Brnabić, as well as the first openly homosexual head of government.

On the other hand, Kosovo, which has only 2 women in its government cabinet, and none in decision-making within the National Central Bank.

The field of finance, in fact, seems to be the one most affected by the gender gap: North Macedonia has 33% of women with top positions in the central bank, followed by Montenegro, which has less than 15%.

If the numbers, at a first analysis, may seem comforting, however, the target set by the United Nations Agenda 2030, to reach a percentage of 50% of women engaged in political roles, seems to be still a long way off.

According to data from the Global Gender Gap Index 2018, in fact, only 22% of the difference in political empowerment between men and women has been filled[7].

All the above would probably find a cause in the slow and poor implementation of gender equality legislation.

In fact, initiatives such as The Brussels Binder[8], a sort of database accessible to all, which aims to connect together women experts in European issues in order to ensure a gender balance also in the political-institutional field, do not seem sufficient.

Surely, there is no denying the progress and achievements achieved to date in terms of gender equality, which seemed like fairy tales at the time of the founding of the EEC.

It would never have been thought, in fact, that there would have been a woman at the head of the European Commission; even more if you think of the ECB, a predominantly male institution (because it has always been, as we have seen, the world of high finance), today led by Lagarde.

In short, as long as names such as Ursula Von Der Leyen, Christine Lagarde and all the other expert and competent women mentioned in this analysis, as long as the numbers and percentages examined are exceptions in Europe, it will be necessary, unfortunately, to note that we are still too far from the goal of achieving an EU environment that respects 100% gender equality.

Sources:
[1] Joannin P., “The feminisation at the EU's top in 2019 will it have positive repercussions for gender parity in Europe in 2020?”, in FondationRobertSchuman.it, 2 marzo 2020 (https://www.robert-schuman.eu/en/european-issues/0549-the-feminisation-at-the-eu-s-top-in-2019-will-it-have-positive-repercussions-for-gender-parity-in);

- EIGE, “How many women have top positions in the EU candidate countries and potential candidates?”, 17 settembre 2019 (https://eige.europa.eu/gender-statistics/dgs/data-talks/how-many-women-have-top-positions-eu-candidate-countries-and-potential-candidates);

- Joannin P., “The feminisation at the EU's top in 2019 will it have positive repercussions for gender parity in Europe in 2020?”, in FondationRobertSchuman.it, 2 marzo 2020 (https://www.robert-schuman.eu/en/european-issues/0549-the-feminisation-at-the-eu-s-top-in-2019-will-it-have-positive-repercussions-for-gender-parity-in); 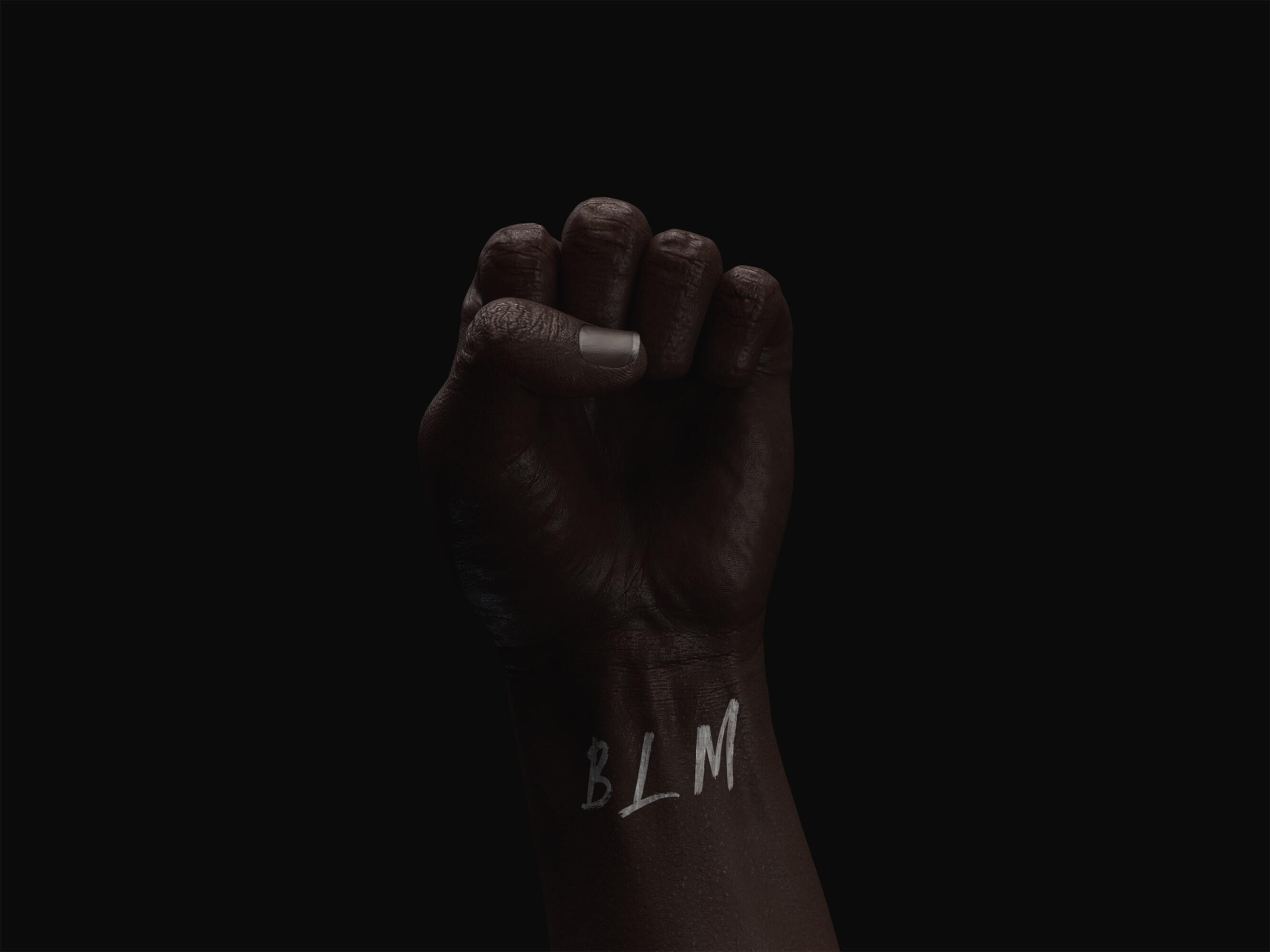 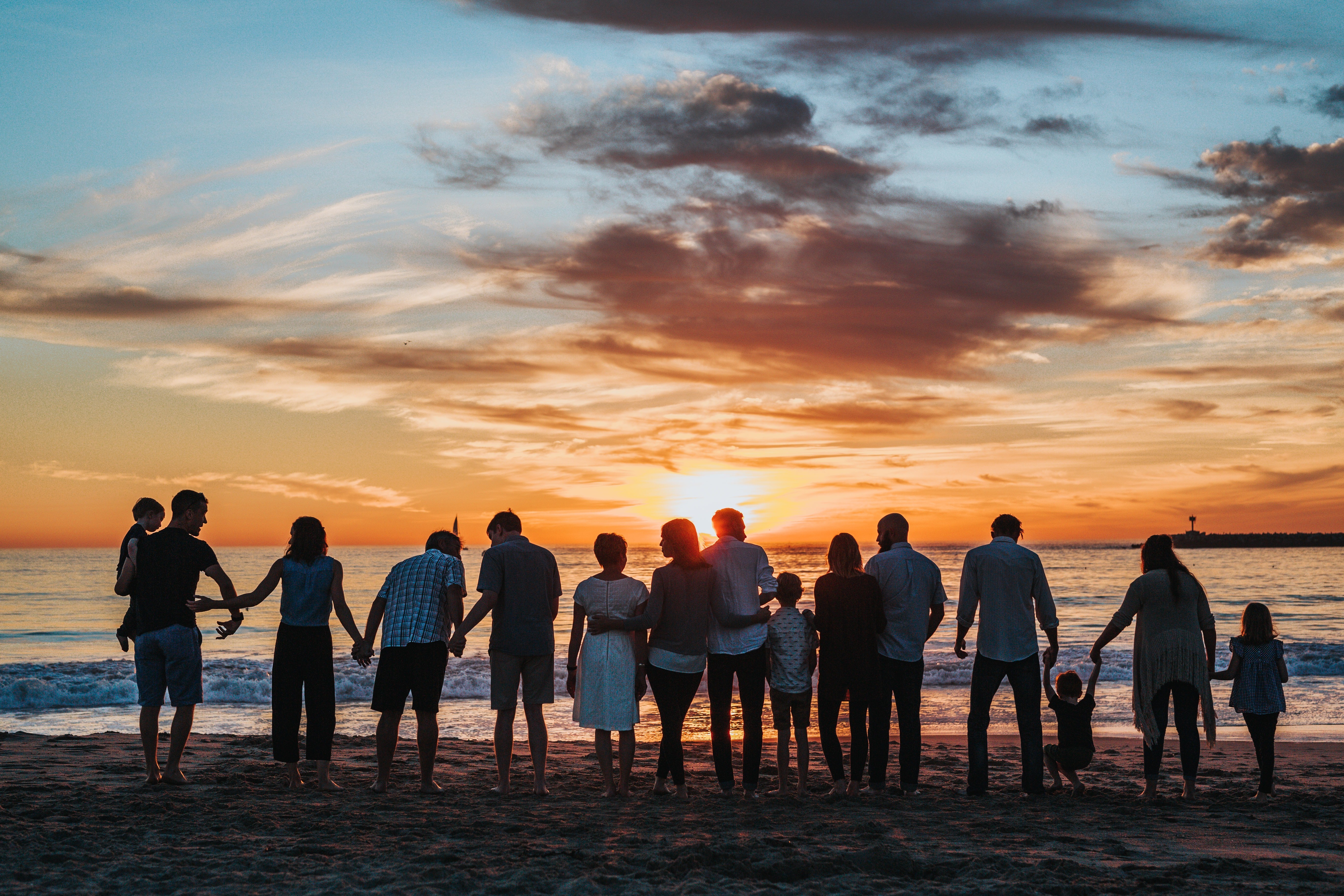 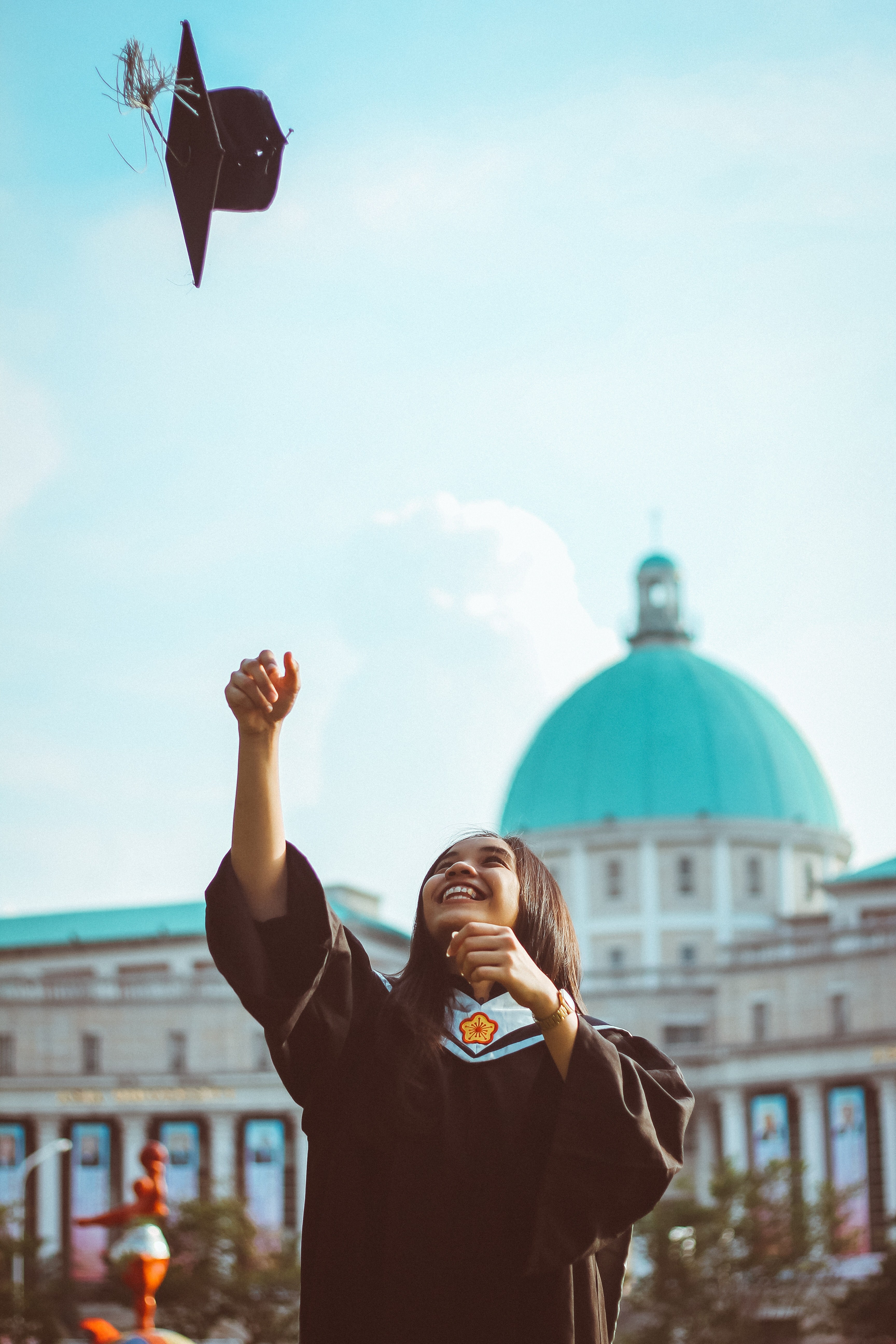