The disparity in household responsibilities between women and men

Domestic labour – or housework – is a widely discussed concept in social studies. In fact, there is extensive research in the European and international contexts, reporting on the division of housework and relationships, also in relation to the labour market.

By examining the domestic labour trends, it is possible to assess a great disparity in the household responsibilities carried out by men and women in heterosexual relationships. In many countries, research shows a clear division in the task assignment within the family; although over the past 20 years women have been occupying more roles in the labour market, they have greater responsibility over childcare, cooking, cleaning and doing the laundry, while men are mainly involved in outdoor work or repairs.

Some perspectives claim that an increasing number of men are becoming more involved in household chores and that the gender norms responsible for unequal roles are changing. However, by analysing the attitudes towards domestic work, we observe "family myths" in which many couples believe they are living egalitarian realities while still holding traditionalist roles within the family. Therefore, multiple studies continue to argue that domestic work still remains a role mostly carried out by women. In 2016, data collected by Istat (National Institute of Statistics) on the European Union shows that "92% of women between the ages of 25 and 49 (with children under 18) take care of their children on a daily basis, compared to 68% of men"; in the same year, data showed that 80% of Italian women "cook and/or carry out domestic activities on a daily basis", compared to 20% of their male counterparts. Furthermore, women often extend their roles at home into the work sphere, such as in childcare, nursing and home services, commonly stereotyped as “female occupations”.

Generally, cohabiting requires some rules to maintain the home a livable space. Individuals should agree on the chores to carry out and leave the rooms of the house in decent conditions. Therefore, domestic labour should require the cooperation of every person sharing a household. In support of this, Becker (1991) states in his ‘economic theory of the family’ that couples must allocate time to both their jobs and domestic work, in order to maintain a good family income and an organized household.

Nonetheless, the question remains: on what basis are the roles of men and women in the house assigned? To evaluate the roots of this inequality, we explore the concept of heteronormativity, which can help us understand the circumstances of this phenomenon. Richardson (2000) defines heteronormativity as a social system that maintains and normalizes gender identities linked to patriarchal ideologies that promote traditional family and cultural values. According to the traditional model, the biological differences between men and women are also linked to their roles in various social contexts. In the case of domestic work, the latter is considered a female duty, as women have been attributed a maternal function and a greater sense of nurture, in contrast to the strength and power associated with men and masculinity. This system results in stereotyped gender identities and roles that affect individuals’ freedom an influence their private sphere and their positions outside the family, such as in the labour market.

For Baxter and Western (1998), a paradox surfaces from the studies on the division of domestic labour: women appear to be “satisfied” with their home responsibilities, while being aware of how unequal their roles are compared to their partners. Women understand from an early age that they have to follow certain roles and rules to be considered good partners, wives and mothers, and they can experience a feeling of fulfilment when they carry out these roles. Similarly, in her article on “imaginary heterosexuality”, Ingraham (1994) argues that the latter comes with a surreal perception of patriarchal values, viewed under “romantic” lens and perceived as more acceptable. Nevertheless, it has been theorized that, due to an oppressive system, women may be more inclined to accept conditions they believe they cannot control.

Meet and Narayan (2017) argue that gender is not only a socio-cultural matter but it also has “strong economic implications” (as well political ones). In fact, individual's wages and employment level have been classified as deciding factors in household chores division for cohabiting and married heterosexual couples. The economic status of individuals in a couple is important for the subject of "negotiation" in relationships. Negotiating your position in a relationship means lowering the chances of conflict that would lead to separation or other negative effects. Therefore, the person who has the higher earning usually has greater dominance over the partner. This “economic power” can structure the engagement level in the housework for couples. However, it is important to take into account that the economic status and gender roles are also dictated by the gender pay gap - a discrepancy in the earnings of men and women calculated by the difference between their average earnings.

From the ‘90s, the labour market began a change in which individual skills, such as the level of education and work experience, also known as human capital, became fundamental for employment. For many women, motherhood or other family responsibilities affect their human capital, therefore their work history and accumulated experience, resulting in a greater wage gap in comparison to men. This is highly unfavourable for women, who often work part-time or take time off work during certain periods of their lives. Gender inequalities in the labour market leave few alternatives for women, who spend less time in paid employment compared than their partners, contributing to the idea that domestic labour is women's responsibility, presenting it as a "rational choice".

Nevertheless, the dynamics of “breadwinner” wives and financially dependent husbands were also examined. It has been concluded that both parties generally assume traditionalist gender roles when it comes to domestic labour, in order to "neutralize the gender deviance" that stems from the reversed economic role primarily carried by the woman and not the man.

Regarding the patterns in Italy and the current situation brought by Covid-19, Licia Signoroni explains: “There are moments that have seen society accentuate even more the employment disadvantage and the weight of domestic duties on women. To have a clear picture of the circumstances it is enough to look at the Italian situation. As shown by the data presented above, it is evident that the majority of family care falls on women. According to the Report of Save The Children ‘Le Equilibriste: la maternità in Italia 2020’, it emerges that "the condition of mothers in Italy fails to overcome some gaps, such as the very burdensome care load, which forces many of them to a clear choice between work and family life ".

This is a critical situation in itself, further worsened by the Covid emergency. In fact, in this period, 3 out of 4 mothers interviewed (74.1%) stated that the domestic workload has increased. In particular, the Report continues, the increase in this load occurred "for the care of children, the elderly at home, vulnerable people, and for daily housework activities (shopping, preparing meals, house cleaning, laundry, ironing). Among those that declared an increase in the domestic responsibilities, 43.9% reported a great increase, while 30.2% considered it slightly increased".

In addition, the Report underlines that, considering employment, working mothers, approximately 6% of the Italian population, are more likely to be at a disadvantage. The closure and late opening of childcare services and schools meant an excessive load of work and care for women. In addition, for women in employed in sectors where physical presence is mandatory, the situation involved the decision to leave the workplace.

Certainly, there has not not been a lack in the measures set by the Italian government regarding the situation. Examples are the "right of smart-working" for those with children up to 14, the babysitting bonus and the extension of extraordinary leave. However, it is necessary to emphasize that, for example, although the leave is for both parents, it is generally women who give up this last aid, as well as returning to work ".

Experts suggest that the unequal division of domestic work is set to improve once the matters of gender identity – including gender roles and factors such as the gender pay gap - are addressed and resolved. The roles carried out by men and women would greatly improve by removing or loosening up the traditionalist gender narratives. In the future, the variable that is predicted to define the amount of time spent on housework will be the level of participation in the labour market of each individual, as a consequence of an improved and equal system. 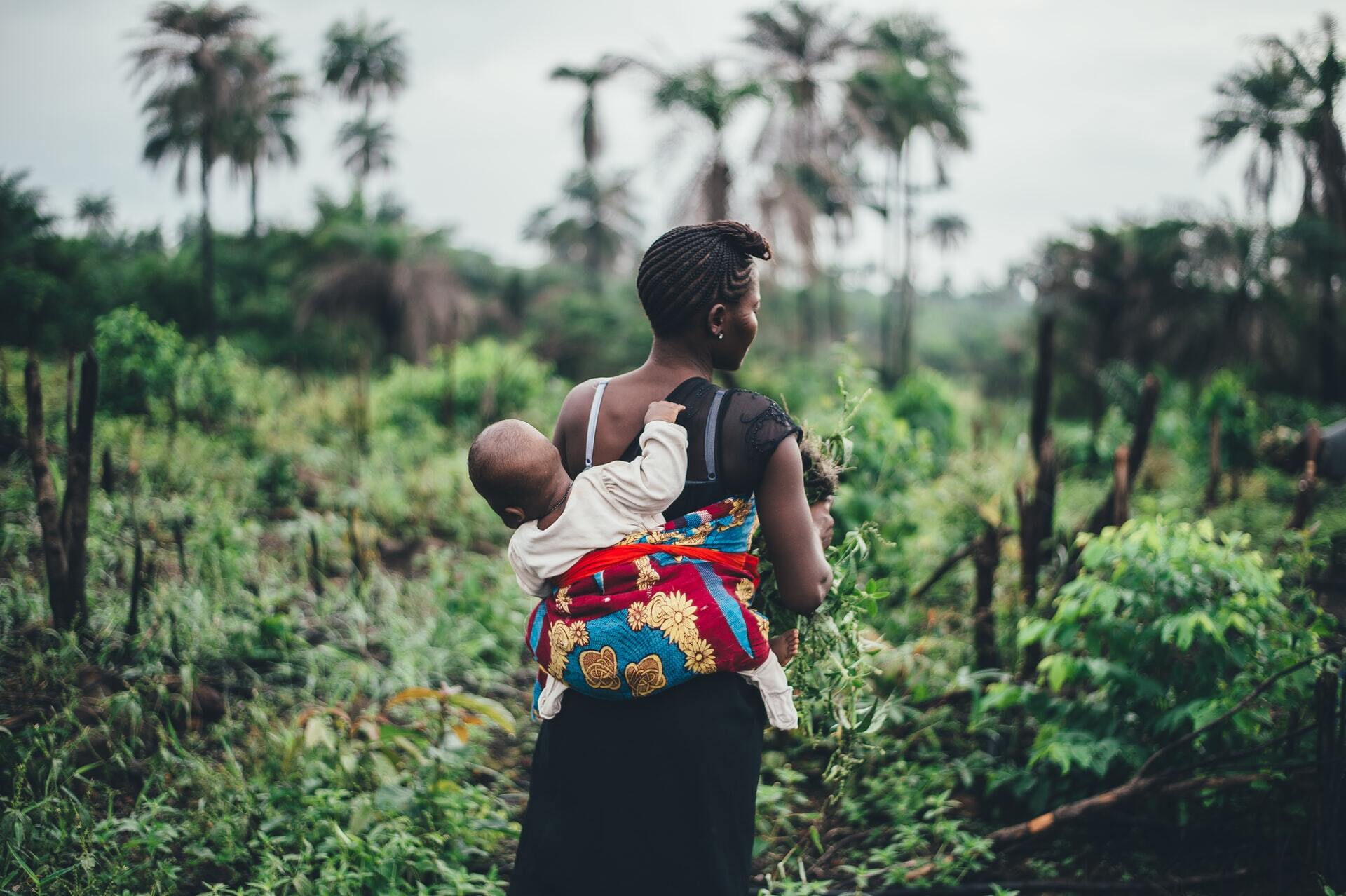