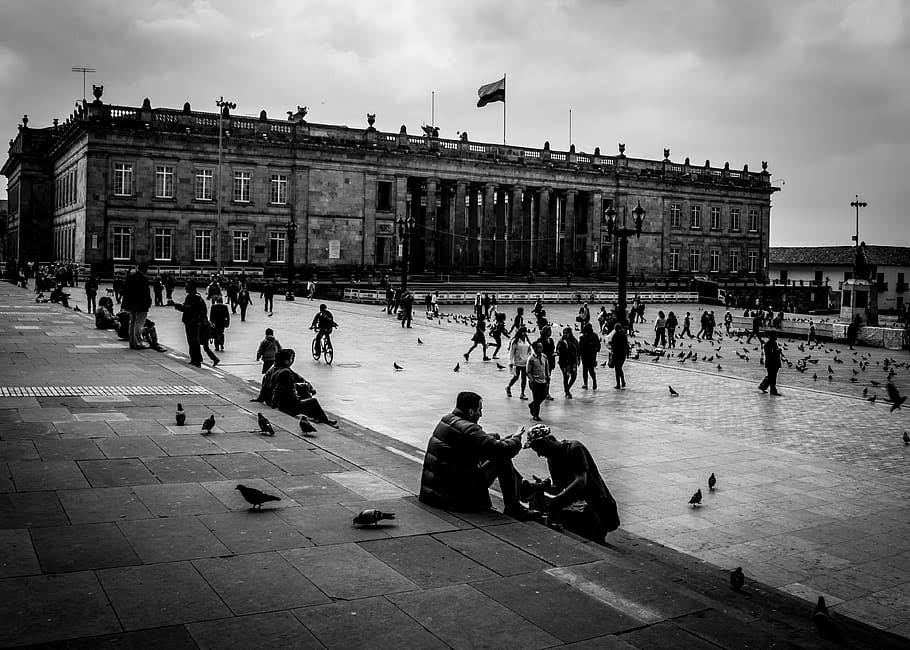 The shadows behind the Colombian president Duque

A new audio evidence appeared on the website of Colombian newspaper Semana would frame President Duque and confirm the deep bond between the Colombian President and drug trafficking. The wiretapping, dating back to summer 2018, is to date one of the main evidences in the hands of the Colombian Attorney General's Office in the preliminary investigation, launched in the past few months, aimed at clarifying the general circumstances that fostered the success of the president in 2018 election. According to the prosecutor's office, behind Duque's victory would hide a complex system of buying votes that would have favoured him in the presidential race. Therefore, the support received from the Narcos would have been fundamental in the second round of voting, in the decisive battle against former mayor of Bogota, Gustavo Petro.

THE ORIGIN OF THE INVESTIGATION

The preliminary investigation, launched in March by the Colombian Attorney General's Office, started from a series of wiretappings carried out against the well-known drug trafficker José Guillermo "Ñeñe" Hernández between 26 May and 19 November 2018. After two years of investigations, the turning point arrived in February 2020, when the journalists of Semana, in collaboration with the prosecutor's office, tried to reconstruct the case starting from the key testimony of former congresswoman Aìda Merlano. Merlano, currently imprisoned in Maracaibo after the escape in 2019, declared during her custodial interrogation to be aware of a dense network of electoral corruption that would involve the most important clans of the Atlantic Coast, such as the Chars and the Gerlein. Therefore, the clans would have fostered Ivan Duque in reaching the state presidency.

From her witness, the investigation expanded to the main events of 2019, in particular to the alleged murders of which Ñeñe Hernández is accused. Precisely investigating on one of those that remained unsolved - the case of the 29-year-old from Baranquilla Óscar Eduardo Rodríguez Pomar - the prosecutor's office managed to access an important wiretapping. In the recording - then transmitted to the newspapers - Ñeñe Hernández speaks with a mysterious woman about buying votes to help Duque's victory. The woman, initially unknown, was then identified in an assistant of senator Uribe, María Claudia Daza Castro thanks to the decisive intervention of the journalist of Semana Julián Martinez. During the programme Vicky and Semana, Martinez shed light on the case, highlighting the responsibility of Daza Castro and his alleged involvement in the affair of Priscilla Cabrales, another important collaborator of senator Uribe. According to the journalist, Ñeñe referred to Daza Castro for buying votes, reporting every significant progress of the electoral campaign precisely to Cabrales.

The editorial staff of Semana then decided to put online part of the recording, broadcasting it through a podcast on its website. According to Martinez himself, in the recording available on the website there would be a hard evidence of the connection between Duque and drug trafficking. These words in the recording are of particular relevance: "Attention, in the past we took advantage of money stolen from Vargas Lleras, of transports and things that we will not have in coming years. You can imagine where those hundred million pesos would have brought us, what would have happened in Valledupar". Here, indeed, hundred million pesos are named, an amount of money that would probably reflect the sum invested by the Narcos to support Duque's campaign.

THE NETWORK OF CORRUPTION

In response to the heavy insinuations coming from Semana, Duque's campaign manager, Luis Guillermo Echeverri Vélez, presented a report about the expenses incurred during the electoral period. With this move, Centro Democrático tried to dismiss the charges of the opposition about alleged irregularities in the party's accounts. However, the report did not prevent the presidential party from being accused for some rumors leaked by the channel Noticias Uno. In the first days of March, the TV channel revealed an alleged encounter between Ñeñe Hernández and the current representative of Centro Democrático (Duque's party) Edward Rodriguez, who declared he knew the drug trafficker only as a "honest businessman". A difficult case that led President Duque and his political referent, senator Uribe, to defend themselves from the multiple accusations of involvement in the affair that public opinion addresses to them. Duque repeatedly made clear that he never asked Ñeñe Hernández for funds for his electoral campaign, even ignoring the existence of open investigations about him. On the other hand, Uribe reiterated on several occasions his extraneity from these facts. A position - that of Uribe - only slightly affected by the proven complicity in the case of his assistant, Maria Claudia Daza Castro.

Despite the accusation against Daza Castro, the prosecutor's office continues not to investigate the matter thoroughly, probably restrained by the strong friendship between the chief prosecutor Francisco Barbosa and President Duque. A friendship born at the time of university, strengthened in January 2020 with the appointment of Barbosa as head of the prosecutor's office. Barbosa is the third head of the prosecutor's office in just two years of Duque presidency. A government that opted for a solid figure like Barbosa after the shaky experiences of Fabio Espitia and Néstor Humberto Martínez - the latter resigned because of the conflict of interest in the Odebrecht case. Concerned about the various conjectures, Duque immediately had to batten down the hatches by choosing a trusted man as head of justice. Therefor, the appointment of Barbosa could be the latest act of a conspirational strategy that allowed the president to consolidate his power. A clever conspirational strategy, developed in two phases: a first phase where drug trafficking and strong powers should have allowed the candidate of Centro Democrático to reach the presidency; a second phase where Hernández and his associates would not have been useful anymore, ending up being eliminated as people aware of the facts. About the death of Ñeñe, occurred in Sao Paulo on 2 May 2019, many doubts remain. The former drug trafficker's wife, Maria Mónica Urbiña, a year later continues to point fingers at the state, claiming that her husband died to cover yet another case of state corruption. The version suggested by carioca media about a robbery gone wrong does not seem convincing.

In a state like Colombia, historically devastated by the violence of Narcos and FARC, justice still falters. The condemnation of the ambassador in Uruguay, Fernando Sanclemente, and the recent finding of detailed military dossiers about the lives of 130 journalists and activists, are clear signals of a judiciary system that fails to address its structural limits.

Indeed, the historic Cartagena Agreements of November 2016 did not foster that change of mentality hoper by the Santos administration, bringing drug and violence back at the highest level. Colombia is now experiencing a similar situation to that of the dramatic 1989, the darkest year in its recent history. That year drug trafficking, led by Pablo Escobar and the Cali Cartel, managed to become the real owner of the state, generating the first Narco-state of Latin America. Thirty years later, the Narcos still control the political life of the country, influencing government appointments and decisions that strongly impact the lives of its citizens.

In such a scenery, Duque's government came to a popular disapproval rate of 69%. A dissent that in recent months led unions and indigenous to organize various paros, national strikes that increased general resentment towards a corrupted administration and a president in the hands of local potentates like the Chars and the Gerlein. However, the popular protests of recent months are unlike to give a jolt to the investigations, since the key witness, congresswoman Aìda Merlano, is exiled in Venezuela and the chief precutor Barbosa, with consent of the strong powers, is simply performing his ordinary functions.

What was said seems to be yet another demonstration of an ever-growing underground control of the Narcos. Colombian institutions are consequently called to find a solution to a widespread corruption that brought down the country. In the state of Pablo Escobar, the campaign to eradicate coca plantations, promoted during the Covid-19 emergency, seems to be already doomed to failure.