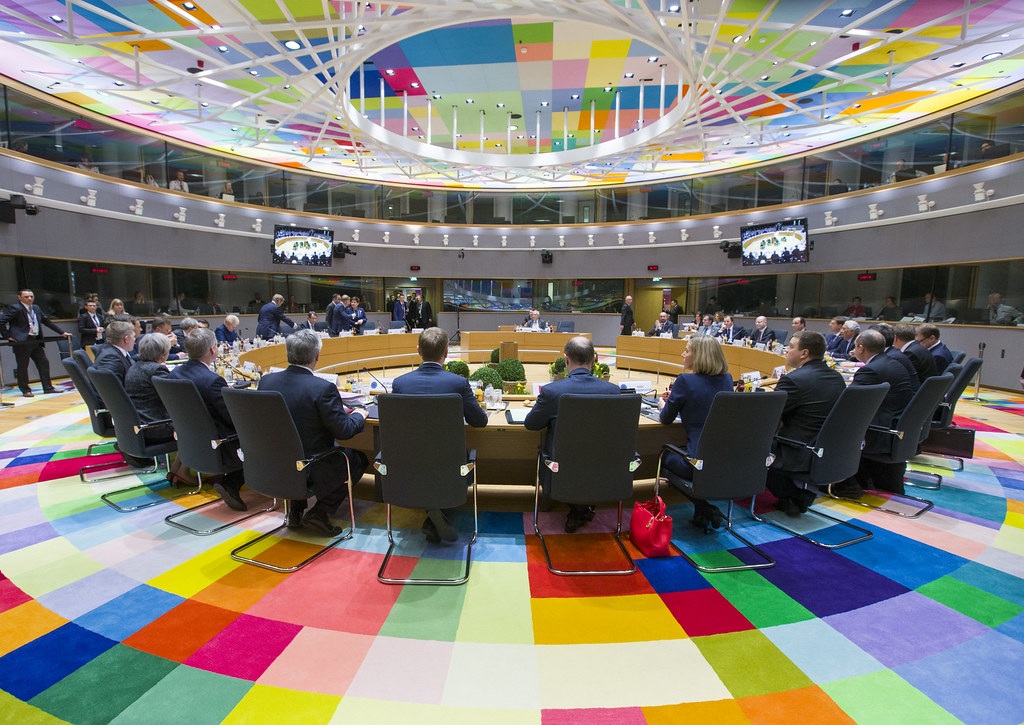 The first Eurogroup meeting of 2020 was held in Brussels on 20 January. The Eurogroup is an informal body in which ministers of the euro area member states discuss issues related to their shared responsibilities concerning the euro. Its main task is to ensure close coordination of economic policies among the eurozone member states and to foster the conditions for greater economic growth. It meets once a month on the eve of the Economic and Financial Affairs Council meeting. The President of the Eurogroup is elected every two and a half years by simple majority: Portugal's Finance Minister Mario Centeno is the president since 4 December 2017.

In a statement issued after the Eurogroup meeting, President Centeno said "A relatively calm agenda today. No alarms and no surprises". The changes of government in Austria, Finland and Spain have led their respective finance ministers (Minister Blümel, Minister Kulmuni and Minister Calviño) to present the priorities of their new administrations, a recurring practice in the Eurogroup when new governments take office.

The European Commission presented its proposal for a draft recommendation on the economic policy of the Eurozone for 2020, starting the European semester. These recommendations were discussed during the Eurogroup meeting, and approved the following day by the Economic and Financial Affairs Council (ECOFIN). Some of the main objectives of this semester are to promote economic growth and prevent excessive macroeconomic imbalances. President Mario Centeno commented on the current economic situation in Europe by saying that the eurozone economy is going through a phase of slowdown but it continues to grow: a similar period of growth had never been recorded before, both in terms of duration and the number of jobs created; he also forecasts considerable growth for the coming months, the last months of his term of office.

on the basis of an opinion from the Commission, the Eurogroup also examined, the updated draft budgetary plan for 2020 presented by Portugal, recognizing that the country has come a long way in recent years. Also, it will have a fiscal surplus this year; unprecedented event, if compared to the times of the crisis. Moreover, the medium-term budgetary objective is close at hand, and the debt rule continues to be respected. At the same time, the Commission still sees some risks on the horizon. Portugal has confirmed its commitment to face them adequately in the course of 2020.

Finally, during the meeting, ministers exchanged views on the works to carry out in the coming months to prepare for the deepening of EMU (Economic and Monetary Union). It is a follow-up to the Euro Summit of 13 December 2019, when the leaders of the European countries reached an agreement. However they left it to the respective finance ministers to deepen three particular aspects of EMU: the reforms of the European Stability Mechanism (ESM), the solutions for the financing of the Budgetary Instrument for Convergence and Competitiveness (BICC) and the way forward for the Banking Union.

On the ESM issue, Centeno reiterates that an agreement in principle has been reached on a revised Treaty text and all related elements of the ESM reform package, which are subject to national procedures: some legal aspects need to be defined, and thus legal controls before actual signature. As regards the BICC and the Banking Union, the Eurogroup will continue the constructive work started in recent months, with the support of Member States' leaders.