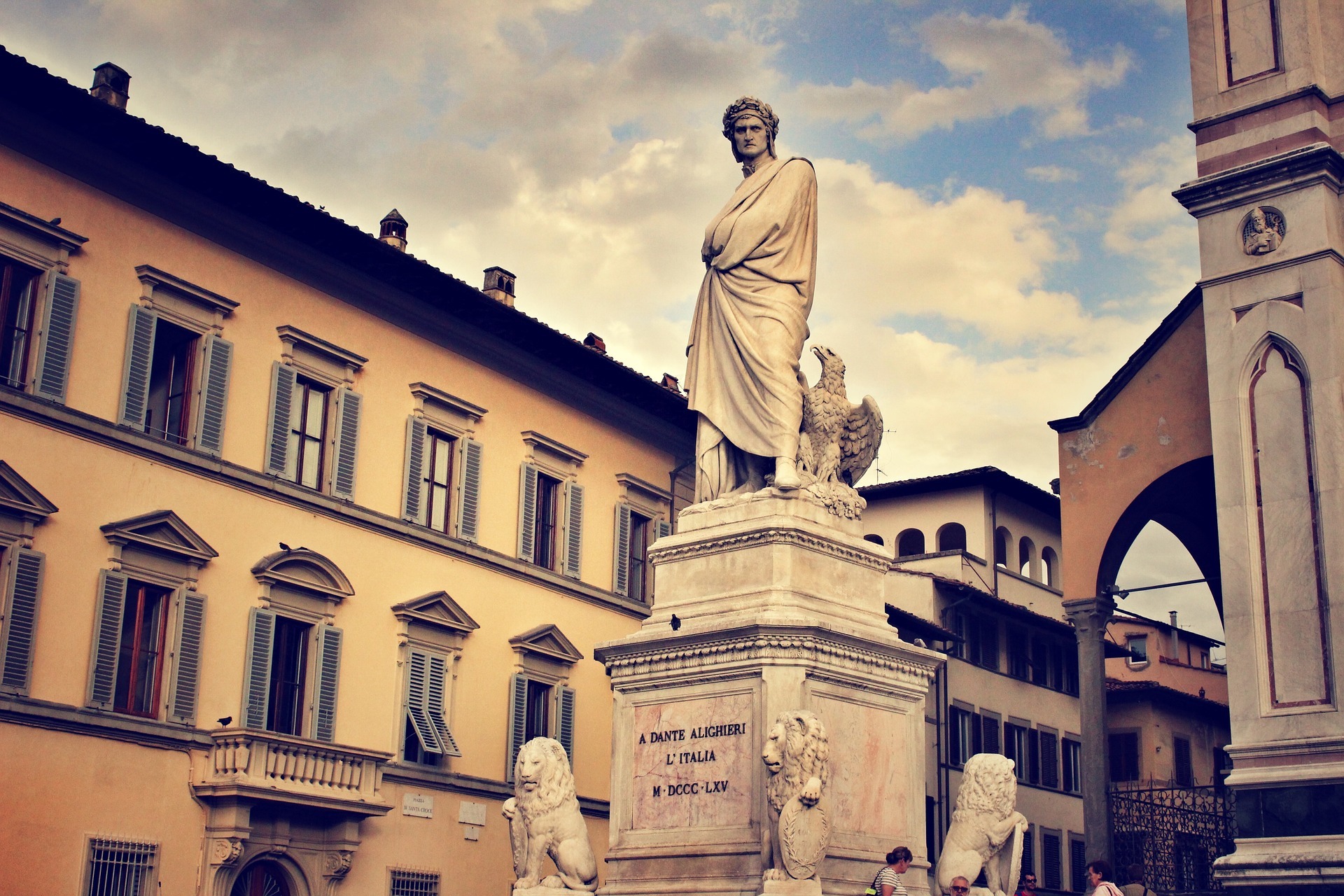 “And still the way offends me": Story of a femicide in the Divine Comedy

“Love, which soon seizes on a well-born heart,

seized him for that fair body’s sake, whereof

I was deprived; and still the way offends me.

Love, which absolves from loving none that’s loved,

seized me so strongly for his love of me,

that, as thou see’ st, it doth not leave me yet.

Love to a death in common led us on;

Cain’s ice awaiteth him who quenched our life.”

The story of Francesca has been reported by several sources: for example, Giovanni Boccaccio tells it in great detail. The young girl was betrothed to Gianciotto Malatesta (a man of horrible aspect) for the purpose of concluding a peace agreement between the two families. The father of the girl, knowing who his future son-in-law was, deceived Francesca, making her believe she would marry Paolo, the beautiful brother of Gianciotto. Unfortunately, on the altar, the bitter truth was unveiled and Francesca, who fell in love at first sight with Paolo, couldn’t oppose her fate. Afterwards, thanks to the shared passion for novels of chivalry, Paolo and Francesca became lovers, but their joy did not last long: Gianciotto found out about it and killed them both with his sword. He acted according to the law of crimes of honour: if a husband surprised his adulteress wife he was allowed to kill her.

Let’s get back to the Divine Comedy: Dante makes Francesca tell the story of the two star-crossed lovers, while Paolo keeps silence for all the time or he cries. At the end of the speech of the tormented young soul, Dante is moved by her and her suffering, but he still puts her in Hell. How these two visions can be reconciled? Dante, besides being one of the most important authors of our literature, has also an incredibly modern mentality for his time. The author locates Paolo and Francesca in Hell because the sin of adultery deserves condemnation according to the Church. However, his personal judgment is different: Dante feels deep sorrow and empathy for the two young lovers which, despite having sinned, they did not deserve such a tragic end. Furthermore, the author of the Comedy distinguishes Paolo and Francesca from all the others wicked: he let them travel across the winds that haunt the lustful (Dante the character is stunned by this fact and asks Virgil to talk with them). But let’s move the focus on Francesca: as we said, she is the only one to tell her story. Dante, through the words of that speech, characterizes the young doomed as one of the most interesting, strong and profound women of the entire masterpiece: making Paolo be totally silent (he can only cry and sigh), builds a scene completely out of the ordinary for those times. Francesca talks, complaints, gets angry, grows sad and seems to bear the pain of her lover, too.

From the World Did you know (it)? Gender equality

“And still the way offends me": Story of a femicide in the Divine Comedy