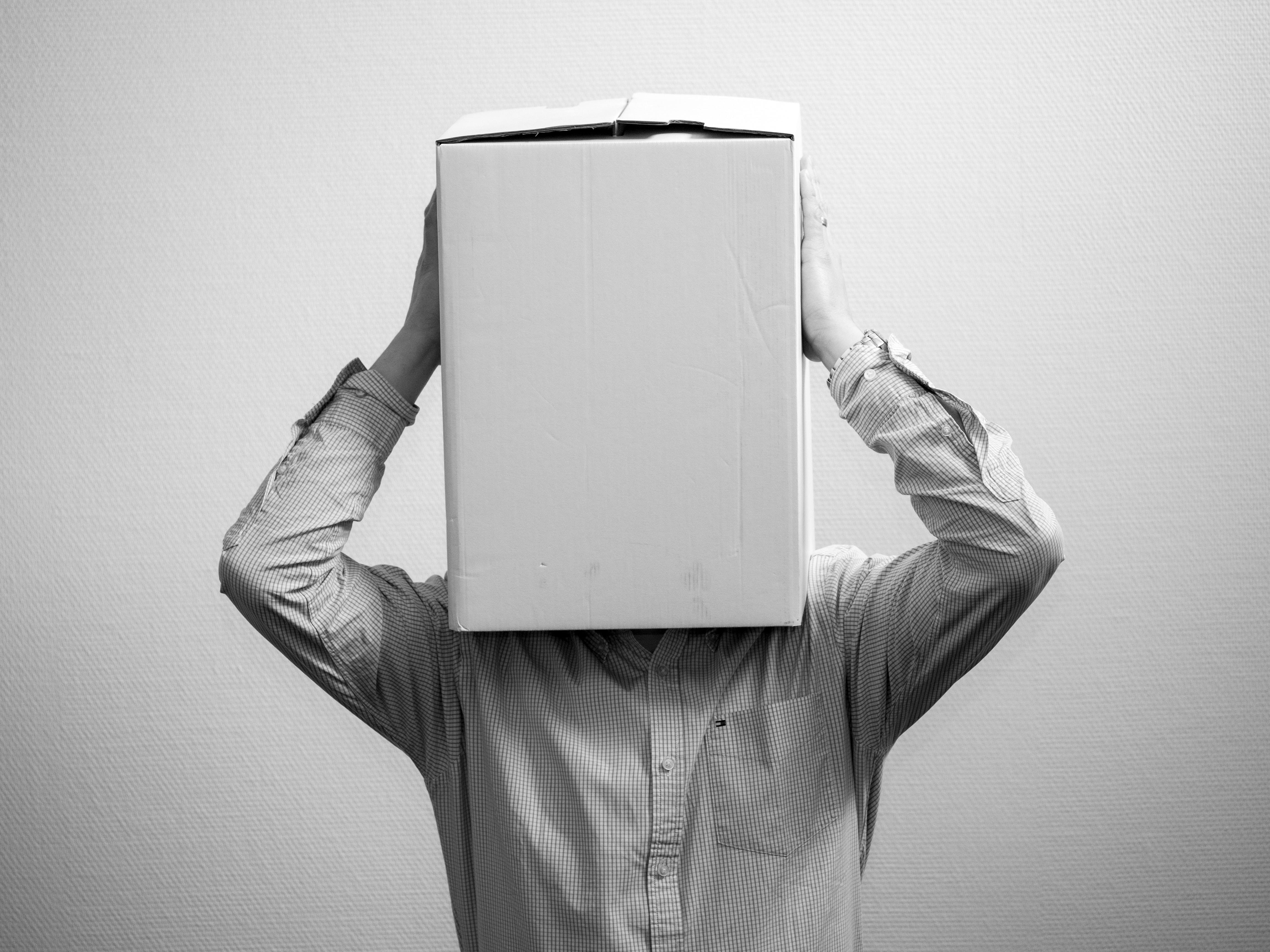 There is no doubt that no one would have expected a Virus to have such a strong impact on our society.

Our faith in science as the guarantor of the possibility of survival of the human species was intangible and we all felt protected from the rapid advancement of technology, of biology capable of providing universal solutions to humanity, a true panacea.

Just talking about the fact that, after all, making a trade-off between privacy and external control of our lives and the convenience of using the net to buy goods, to exchange opinions freely, was a small price to pay, was and, perhaps unfortunately still is, acceptable.

Centuries of oppression by an obscurantist system, made up of consolidated institutions such as the power of the clergy (Mind you, not Christian doctrine!), the feudal system, dictatorships and through these elements the control of free thought, of the Christian concept of equality of the human being by automatic right of birth, have led to humanism, to bloody revolutions and finally to the current situation in which a part of humanity can now call itself FREE.

Some of the younger generations are not interested in studying the past because it is useless, planning the future through the "here and now" without reflecting more broadly on what we are doing is the dominant way of approaching life.

This way of acting opens up the possibility of controlling vast areas of the population. Each of us can be "tracked" at any time of our lives, at the end of the month Google tells me where I have been, what kind of food I have preferred to eat, how much I can spend on average, what kind of clothing and footwear I prefer, what is my lifestyle and other means can lead to the knowledge of my sexual tendencies, my way of thinking, political preferences and the degree of independence I aspire to.

I invite everyone who reads this article to read a book: "1984" written by Orwell in 1948. This book describes a hypothetical civilization of the future, in 1984 precisely, in which the population of an important part of the earth is controlled by a "Big Brother" in a capillary way. In this book the protagonist, an employee of the Ministry of Truth, is called to rewrite the past by manipulating reality and in fact modifying it for the use and consumption of a higher identity, Big Brother, to whom the whole population is enslaved and forcibly happy to be enslaved because it is incapable of developing an objective and personal analysis of the situation.

The lack of training of critical capacity and the elimination, even physical, of any dissent inevitably leads to the domination of the individual and the disappearance of the possibility of self-determination, if not within what the higher entity decides. The domino of emotionality that does not pass through the rational part of the brain, is a current occult persuasion technique used today in marketing and business management. It is enough to look at the obsessive search for people with high Emotional Intelligence carried out by multinational companies and government agencies to understand it.

But what does this have to do with Covid 19 and the current situation in which we find ourselves?

Well, let us start from the assumption that Covid-19 apparently generated a major crisis, I say apparently because the crisis already existed; the virus accelerated it and brought it out in all its rawness.

Let us now reflect on the etymology of the term CRISIS because objectively we are in crisis.

In China, where everything started, the word CRISIS is translated into WEI JI, that is DANGER/OPORTUNITY. The danger is manifest and it is not only a health danger that is basically inflicting small losses to humanity numerically, let us remember that we are 7 billion individuals, let us make a quick percentage calculation of the incidence of deaths strictly due to Covid-19 compared to the number of existing individuals and let us reason. I leave any interpretation to each of the readers.

The danger is represented by the economic crisis that is emerging and that could turn into an economic-social crisis and finally into social change that could lead to a new economic model and form of government.

The traditionally poor countries will suffer more limited consequences even if they could be hit harder than other richer countries where more and better are the tools to fight the pandemic. African countries where people are accustomed to death on the streets, to the incurability of certain diseases are psychologically, absurdly, better prepared for the impact of a pandemic. Their economy is often based on few primary resources and the needs of the population are still at the primary level.

The rich countries, including the European states, are instead very fragile both from a technical-organizational point of view because they might not be able to provide the answers quickly if the pandemic were to assume greater dimensions than the current ones, but above all psychologically because the mere sight of trucks transporting coffins as happened in Bergamo, upsets the soul of an entire population.

What is the reason for this fragility? One answer is the realization that science is not omnipotent and that therefore we are at the mercy of fate much more than we thought. Ours is a civilization that is afraid! That prefers sometimes not to see and avoid being involved in unpleasant things and therefore could easily rely on the hands of powers that promise protection and a better and safer future.

This part has to do with the first part of the meaning of the term WEI JI: DANGER!

Fortunately here comes to our rescue the second part of the term WEI JI, OPPORTUNITY.

The crisis triggers change and the stronger the crisis, the stronger the change. It is up to us to take our destiny into our own hands and not allow the plutocratic powers to prevail. In particular, to the young generations who convert their energies into positive energies dedicated to improving humanity through their work, every day of their lives. Small gestures that together with those of billions of other young people change society for the better and refuse the temptations to rely on others who want to manipulate them by offering them easy goals to achieve or by offering them the opiate of nothingness for free. Nihilism is just around the corner and as the profound poet Giacomo Leopardi used to say: "I am sweetly shipwrecked in this sea".

We must not give in to the adulations of the sirens, to their mellifluous singing. We must not be seduced by the technology that we need at its service, if anything the opposite: we must keep technology under control so that it is our service! Whoever manipulates technology accesses information that is power, and power when it rises to system unleashes the worst things that humanity has experienced.

The poets of the new age hypothesize a harmonious society where the clash of the "Sons of Light" with the "Sons of Darkness" does not exist, instead, let's call them what we want this is the dynamic with which the entire history of humanity has taken place. It is up to us to recognize the light and the darkness and to take the side of one or the other. This is free will.

Is the darkness Chinese and the light American or Western? Or is it the other way around? The writer doesn't know and doesn't want to influence the reader's thought, but rather to stimulate his critical sense and initiate a dynamic debate.

Is the best system of government in the world the technocratic one in Singapore? Perhaps... but is it replicable elsewhere without destroying the spirituality of the individual?

Can we think of transforming the Italian system of government into that of Singapore? And if we do, are we sure we are acting for the good of the Italian people? The same applies to France, Germany or any other country with its own consolidated traditional cultural value.

Let us return to the etymology of the word CRISIS, in ancient Greek the meaning is close to the verb truncate. When you break a relationship with a person often remains a feeling of discomfort, even pain, but sometimes it is necessary to be reborn, to find the energy and enthusiasm to live, to build.

Since the dark periods of the wars there have been the strongest accelerations in science and technology, the radar, the jet engine and then the evolution of air transport, the internet itself was originally a military system of communication alternative to the existing ones.

That from suffering sometimes comes good? This is another question we must ask ourselves.

However, it is necessary that the younger generations watch over the present and spend themselves to maintain their freedom of thought, to strengthen the autonomy of thought against all attempts at harmful influence.

And now the writer leaves you with the expression of a doubt; that this situation may serve to study the world's reaction to a global threat and that someone, even if he has not deliberately provoked it, is using this crisis as a laboratory to better govern peoples?

Let us open the debate. 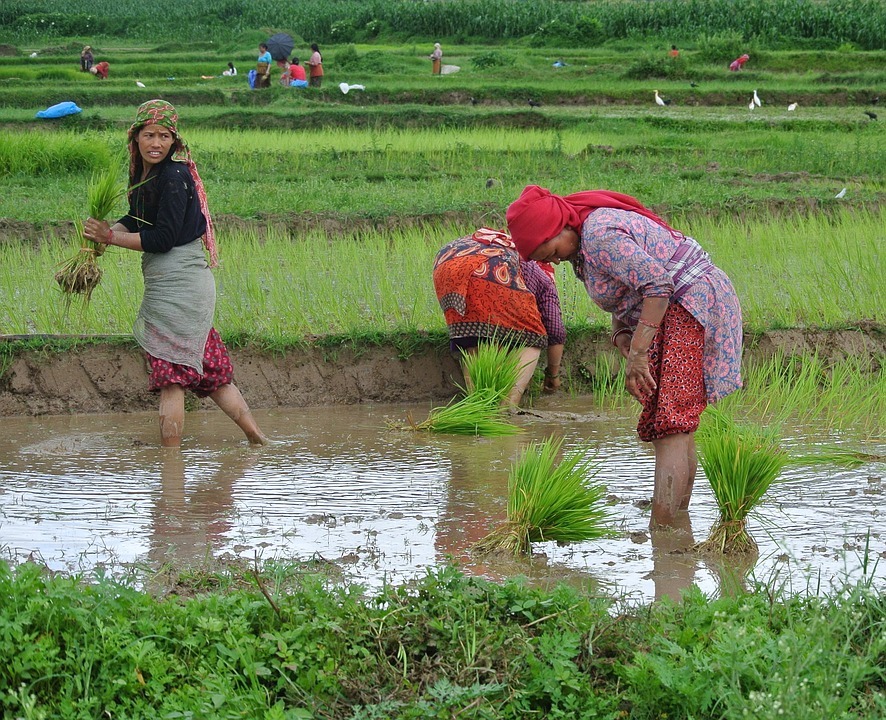 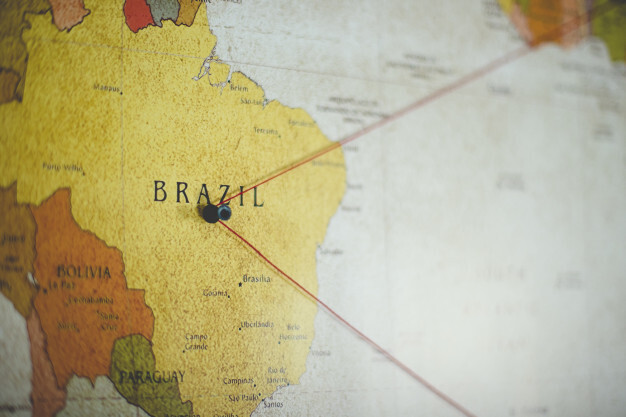 2030 agenda of United Nations in Latin America and Caribbean: where are we?