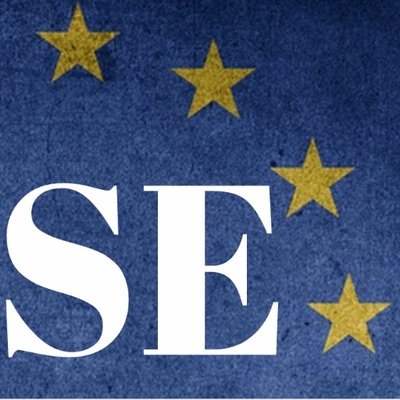 Studio Europa is the radio studio of the European Commission Representation in Italy. The radio studio allows all radio stations that request it to record, edit and transmit, live or delayed, programs focused on the European Union, on its policies and on the services it offers to citizens, as well as debates and interviews with personalities and European experts.

In the radio studio the Representation also produces programs such as "22 minutes - a week in Europe" e "A book for Europe".

Radio broadcasters or websites that decide to resume the "Studio Europa" radio or video programs free of charge act in complete independence from the dictates, pressures or requests of the EU institutions, of an EU Member State or of any other State or institution, on any element of their schedule.

- "22 minutes - A week of Europe in Italy"
- "A book for Europe"
- The radio or video specials of one of the two programs mentioned above.

2. PURPOSES AND QUALITY STANDARDS OF THE "STUDIO EUROPA" PROGRAMS

2.1 Purpose of the "Studio Europa" programs:

(a) select and disseminate information on the EU and EU Member States;

(b) cultivate and enrich the cultural diversity of the EU;

(c) to inform - in an authoritative and impartial manner - on news, current affairs, the culture of the EU, its Member States and the world (if there is a European dimension;

(d) propose programs focused on the impact of the EU - notably on its policies, decisions, programs and actions on citizens' lives - and echo the concerns of public opinion at regional, national and European level;

(f) report in an impartial and informed manner, using the comments of protagonists, politicians, technicians, scientists, professional journalists, authoritative personalities, etc., of the procedures and policies of EU institutions and bodies;

(g) promote knowledge and dissemination of the culture of EU member countries.

(a) treat the controversial issues with due precision and impartiality, both in the context of information programs and other more general programs dedicated to controversial political, social or cultural topics;

(b) have no content that could offend good taste or decency or encourage offenses, cause disorder or offend the public;

(c) do not unduly exploit the susceptibility of the public and respect religions and religious beliefs of any kind;

(d) they do not resort to technical devices that allow them to send subliminal messages to the public or to influence the public without the latter being made aware - in whole or in part - of an account.

3. COMMITMENT OF RADIO-MESSAGE DISTRIBUTORS AND / OR INTERNET SITES USING THE "STUDIO EUROPA" PROGRAMS

Without prejudice to the general provisions referred to in point 4, radio broadcasters / websites:

3.1. undertake to include the programs of "Studio Europa" in their own program schedule / website without modifying their content, maintaining their quality and editorial integrity. It is at their discretion the choice of the day and time in which to transmit them, respecting the needs and interests of the public / users;

3.2. have the right, according to their own practice, to interrupt the programs to insert advertisements or news, as long as it is clear that such interruptions are not part of the "Studio Europa" programs but fall within the right of intervention of the issuer or ofthe website ;

3.3. insert in their own schedule and publish on their website (if it exists) and make the provenance of the "Studio Europa" programs and this "Editorial line" accessible to anyone who requests it;

3.4. transmit any public complaints to the "Studio Europa" managers.

"Studio Europa" reserves the right to refuse to provide its own radio or video programs, or to interrupt their provision if the radio station or website does not complywith the following conditions:

(a) treat controversial issues with due precision and impartiality, both in the context ofjournalistic programs and other more general programs dedicated to controversial political or social topics;

(b) not to disseminate content that could offend good taste or decency or encourage offenses, cause disorder or offend the public;

(c) not to upset the susceptibility of the public and respect religions and religious beliefs of any kind;

(d) not to resort to technical devices that allow to send subliminal messages to the public or to influence the public without the latter being made aware - in whole or in part - of an account.

(e) not to sell the free "Studio Europa" programs to third parties or other radio stationsor websites.

5.1. The radio station / website abstains from offering, giving or accepting to give employees of EU institutions gifts or rewards of any nature aimed at:

 induce such a person to perform - or refrain from performing - an action related to obtaining the services of “Studio Europa” or to the application of this “Editorial line” orany other contract or EU grant agreement;

 reward this person for having carried out - or abstaining from performing - such an action;

 induce such person to favor or disadvantage someone in the context of this "Editorial line" or any other contract or EU grant agreement.