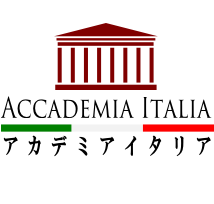 Accademia Italia is the most important Italian cultural centre in Fukuoka and one of the reference points in Japan in the promotion of Italy.

Its vision and dynamism make Accademia Italia the best place for those seeking a connection to Italy, its excellence, its culture and its economic system.

This role has also been recognized by the Japan Italy Economic Federation (JIEF), an organization whose goal is to strengthen political and economic relations between Italy and Japan, and for which Accademia Italia runs many cultural and educational activities.

Also, through the website Focusgiappone.net, Accademia Italia contributes to the spread of knowledge about Japan in Italy, providing cultural, political and commercial news.