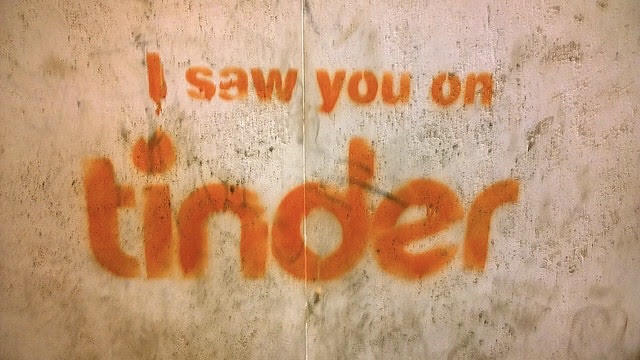 In the digitized society in which we live, there are several apps that allow users to realize their most diverse needs. For those who want to learn languages we have Duolingo, Tandem and Babel. For those who want to have a friendly conversation and get to know new cultures we have WeWorld, HelloTalk and Interpals. Next to them there are also those for datings, ranging from Flirt, Meetic, Badoo to the more popular Tinder.

Tinder is one of the most used apps by young people to communicate their interest in another person. Launched in 2012 by Sean Rad, Jonathan Badeen, Justin Mateen, Joe Munoz, Dinesh Moorjani, Chris Gylczynski and Whitney Wolfe Herd, it's able to match the profiles of people on the basis of geolocation, preferences and age range; then it's given the possibility of a swipe, which corresponds to the liking if to the right or the rejection if to the left. Already in 2014 it reached the record of one billion swipes per day, significantly increasing its revenues.

The well-known dating app is based on the idea "no matter who you are, you feel more comfortable when you approach someone if you know they want you to approach them", but it has become one of the main platforms of e-sports today. Already in June 2018, the first step was taken with a partnership between Tinder and the Brazilian e-sports team MIBR esport, to create live events to meet gamers and their fans, promoting them through the same app. Two years later, Tinder has continued through a partnership with the Brazilian e-sports organization PaiN Gaming, which will use the app to raise funds and expand its rosters to make up its team. The partnership with Tinder will also allow PaiN Gaming to cover the costs of the Dota 2, Free Fire, Clash Royale and Counter-Strike teams. The choice of the match app is due to the fact that Brazil is its first world market, but the sponsorships that PaiN Gaming has obtained from BMW, Coca-Cola and Razer have certainly played an important role.

Partnerships are still a winning mechanism for Tinder's corporate choices: the model was immediately replicated by many apps, including the Bumble twin (created by Tinder co-founder Whitney Wolfe Herd after she left the company due to harassment received). In 2019 she entered into an important partnership with the Korean e-sports team Gen.G, which enabled the latter to create an all-female Fortnite team. This choice has had a strong media impact all over the world, contributing in a decisive way to support female empowerment through the creation of new digital platforms. At the same time, the dating app has also seen a significant increase in traffic, and has ended up being considered a symbol of the new feminist movement. Chelsea Maclin, Bumble's Vice President of Marketing, following the agreement with Gen.G, stressed the importance of the brand's mission: "Our goal at Bumble is to support women around the world, and we are proud to partner with Gen.G to continue to expand in exports and gaming. We are trying to support women who are already building incredible gaming communities. Through Bumble and Gen.G we have built strong communities and are excited to work together to help bring the gamer community together in real life. Together with Gen.G we want to provide the tools for pioneering women to make it easier for them to connect with their community, whether it's dating, friendship or networking”.

Bumble and Gen.G are still cooperating to this end, creating content, co-hosting and live-streaming events. After the historic agreement of 2019 Gen.G has gained more and more consensus, receiving important funding from actor Will Smith and Japanese footballer Keisuke Honda. The Gen.G - Bumble duo testifies to a strong link between e-sports and social networks that seems to be destined to last over time: according to various e-sports insiders, dating apps are and will be destined to expand their involvement with e-sports teams because they have the same audience. As the audience and user base of e-sports grows, so will the number of users for these apps. So it won't be strange in the future, getting to know each other and fall in love virtually, playing a video game within a dating app.