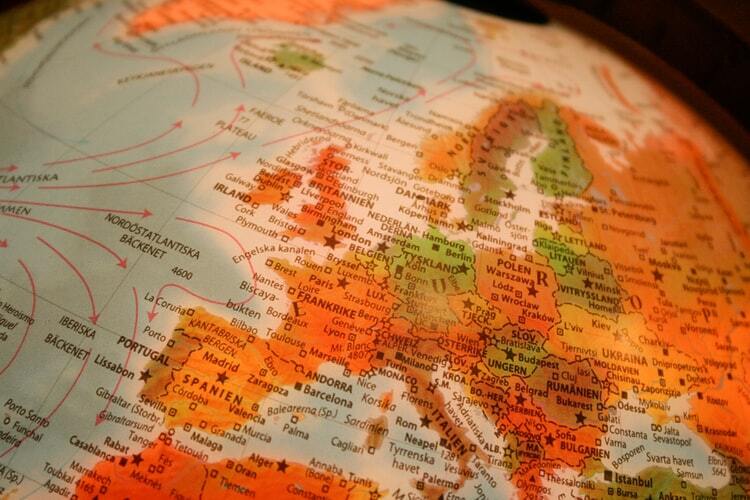 The European Union between U.S.A. and China

The European Union will have to make important decisions in the coming years; these will include, among others, choosing sides in the US-China competition, which some call the "new cold war".

The High Representative of the Union for Foreign Affairs and Security Policy Josep Borrell, said that Europe is under increasing pressure from both states to choose a side, adding that, even if Europe is not in participating in the debate, it is aware of the problem. He also said that, while we share the democratic values of the United States, we must also have common interests and find the ability to combine them while avoiding being used by one of the fighting parties.

A break between China and the United States is not inevitable, but neither can this possibility be ruled out. And if a break occurs, it will not be peaceful nor agreed: the geopolitical leadership of the next century is at stake. And Europe must adopt a strategy to avoid being squeezed out.

"In 12 years, we have experienced a financial crisis, a euro crisis and a migration crisis. Three crises in 12 years are far too many for a fragile Union, but Today's crisis is even bigger, and it is an existential challenge". This is how High Representative Borrell began his speech at the Annual Conference of German Ambassadors. The tone of his discourse is solemn, in some points emphatic: "Perhaps we should look at Covid as a great accelerator of history" Borrell continues: "Analysts have long spoken of the end of an American-led system and the arrival of an Asian century. This is happening before our eyes and the pandemic may be remembered as the turning point in this process".

The EU has so far been careful not to take part in the US-China trade conflict from the outset: when Trump launched the trade conflict in 2018, European countries continued their business with Beijing undisturbed. Then the protests in Hong Kong took place and, even worse, the Coronavirus expanded out of China. Since then, criticism has been inevitable.

The debate in Europe is still open. And a certain stir was caused by the stance of the President of the European Chamber of Commerce in China, Joerg Wuettke, who called on Europe not to follow either country, but only its interest. "We should not follow one or the other. We have much more in common with the US than China, but we do not choose a side". Follow Beijing? Not many people in Europe would be in favour of doing so at present, especially after that China triggered the worst economic disaster of the post-war period. According to many, this is also due to the guilty underestimation and uncooperative behaviour of the Chinese government.

"China and the EU should take time to restore mutual trust, weakened by the pandemic" said the Director of the Department of European Studies at the Chinese Institute for International Studies, Cui Hongjian, to the South China Morning Post. "China - he continued - should first maintain the foundations of economic cooperation with the EU: we don't want that the problems with the US will reoccur with the Union. The EU wants trust and reciprocity in our relations, and we want them too".

But Wuettke, for his part, does not see this willingness to maintain the level of economic relations if Europe is considered an economic partner, but not a political ally. "Relations with the US have declined and I see no effort to improve relations with Europe" he said. "I see no change in opening up to European products or working together in the reform of the World Trade Organization, for example" he continued.

Today, the virus is only the last of the stirring causes of the clash between Washington and Beijing, while the foreign policies of the two superpowers couldn't differ more than this: the absence of the American outward-looking leadership represented by Trump's "America First" line, is contrasted by Beijing's challenging aggressiveness. If the European Union is called upon to make decisive and timely choices, the risk is to remain trapped in the middle.

The choice between China and the United States, in a normal world, would make no sense: for cultural ties, political vision, economic and security relations, Europe has had a clear and precise position for decades. These are not normal times, however, and the cold war winds may force us to choose a side. It will be difficult for Europe to decide because it doesn't like to choose when it comes to foreign policy.

In this "new cold war", the two contenders show a foreign policy deficit, at least, it’s not the foreign policy conducted in the European way. However, in a multipolar world, after the United States and China, Europe - if united - counts a little more than the others.
When the international scenario is polarized around two contenders, everyone is pushed very hard to take a stand for one and against the other. For us, Italians and Europeans, it seems obvious to choose the United States, for historical proximity, affinity, ties. But before slipping into the spiral of the Sino-American conflict, it is worth asking ourselves whether it would be appropriate to favour the growth of international tensions. Europeans have their own characteristic that should not be forgotten: the ability to think about the world as a whole, even though they live in the smallest of the continents. Between the United States and China, it would be better to choose Europe first. Who knows, in doing so, we might be able to help others to think bigger too.